Skip to the content
Shades of cadmium # 1997
Cadmium is a mineral that grants intensity and saturation to colours; Reds, magentas, oranges and yellows containing cadmium are characterised by their extremely warm and saturated condition. These are the colours used in the light part of the shapes and, contrasting, give rise to shadows in cold tones equally intense: turquoises, emeralds, prussians or purples… Shades of Cadmium announce in this way two opposing parts: cadmium is called to the painting, implicitly in the material used, and shades proposes the reverse of what is clearly visible; that which is hidden because it is desired, inferred or feared. Cadmium’s blinding light necessarily produces shadows, both extremes rival in the same level, refuting themselves and freeing in their contest other spaces for thought. A confrontation of senses that reveals, at least, that there is no single formula that is better than the rest. In any case, it activates the desire, stemming from doubt, to see through the painting, those veiled or undecipherable traces of what has disappeared on the surface of the painting. 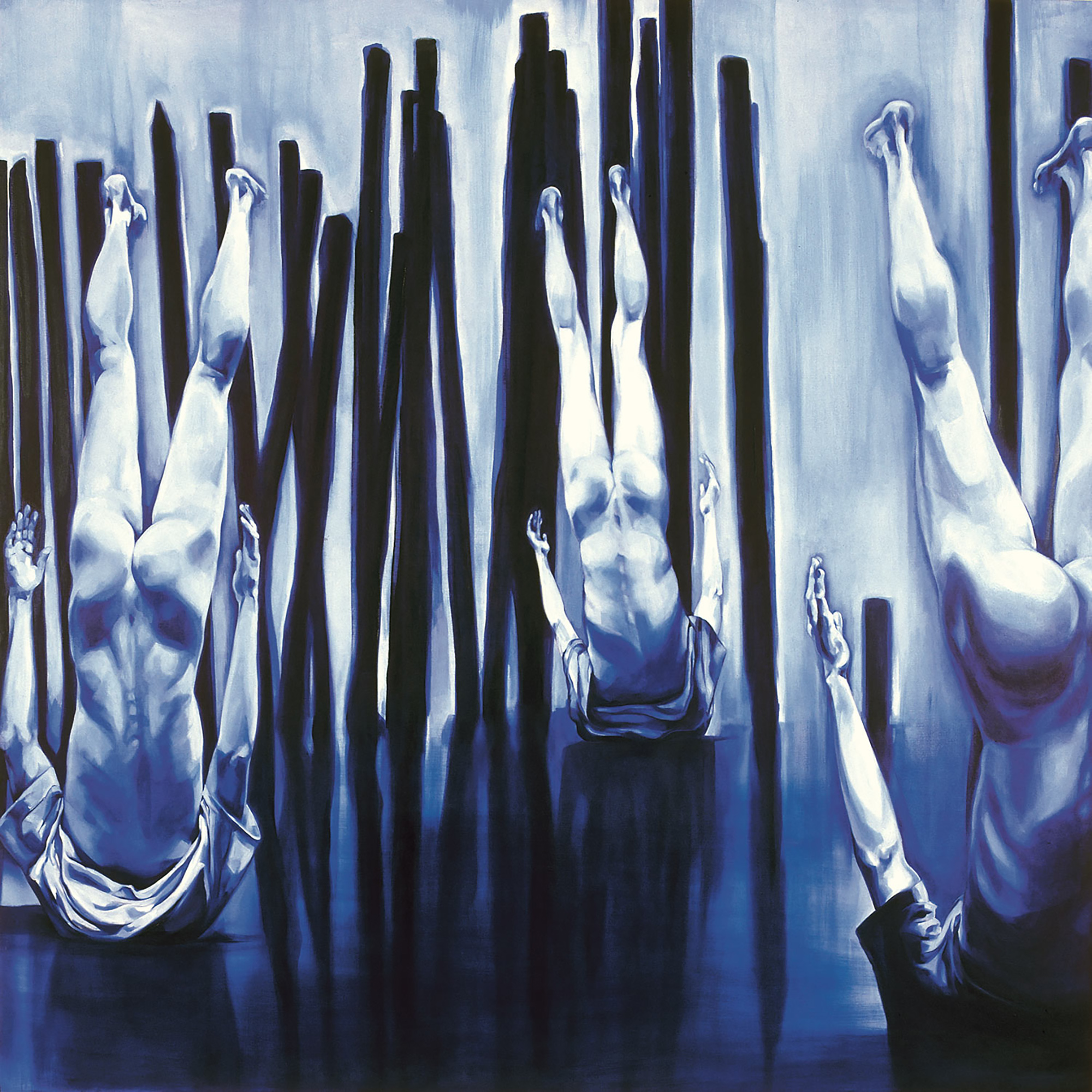